Today found me making yet another beautiful Origami Box. This one was formed out of some magazine clippings which I stole from a friend's house. The box itself is a simple enough structure; formed from a square of paper. A few folds, and a touch of Zen later, and we have ourselves a shapely box. This box features a certain gay cowboy. I shall, naturally, be using it to store my codeine in. 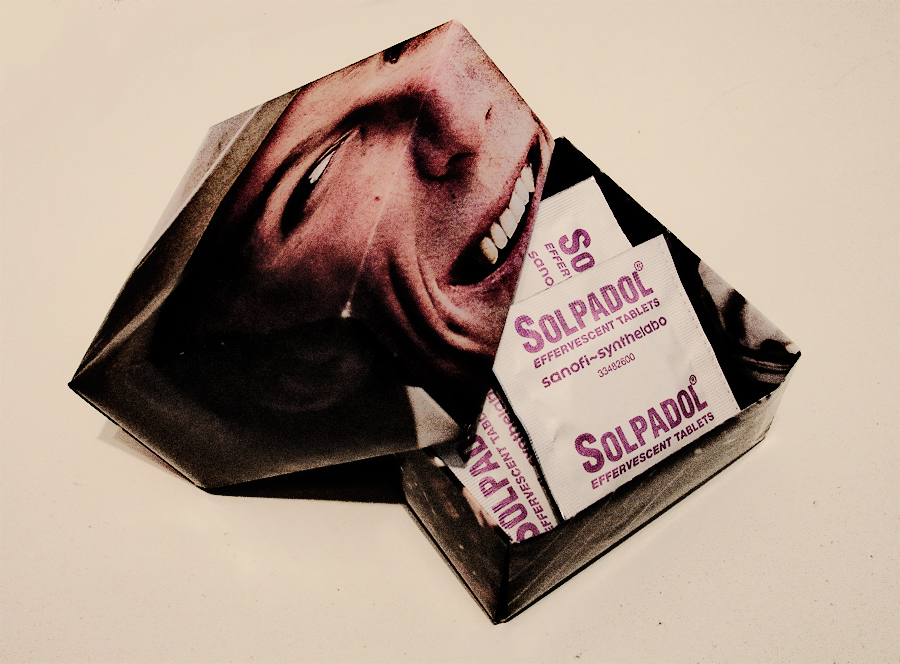 Yesterday we visited an exhibition by the art collective known, collectively, as MonkeyZombieRobot

They work in a broad range of digital and traditional mediums and they turn out some rather nice stuff. I particularly like the 'green and purple' ones on the stairs to the loft gallery. You guys know the ones I mean. Anyways, the exhibition is on at the Brewhouse Arts Centre in Burton upon Trent. If you're in the area (poor you) then drop by and have a look. Be quick though! The show closes on February the 16th.

In other news. My brother has decided to keep the stray cat he took in just before Christmas. Although he still refuses to give her a name. 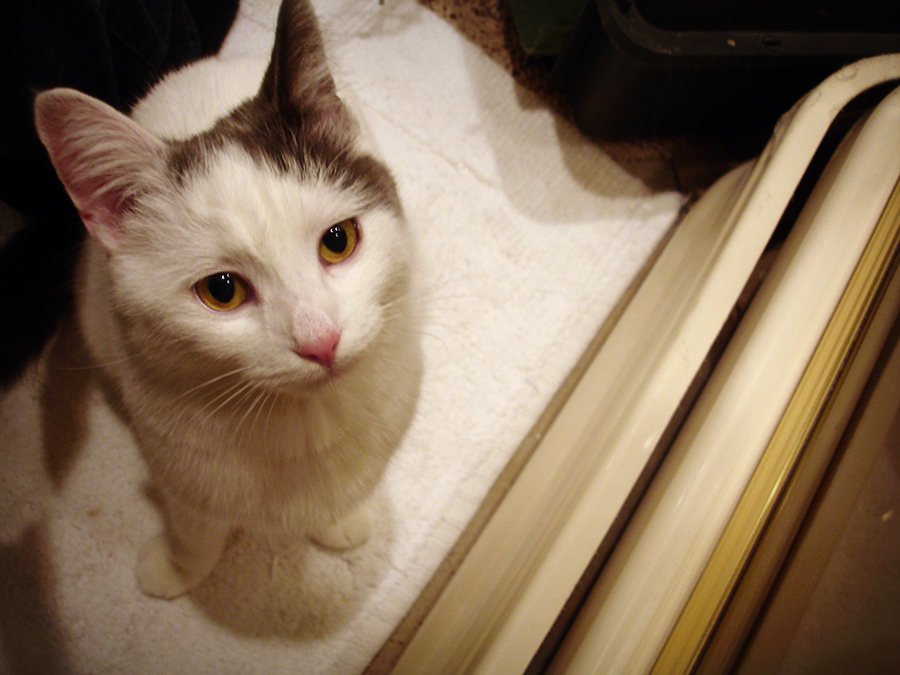 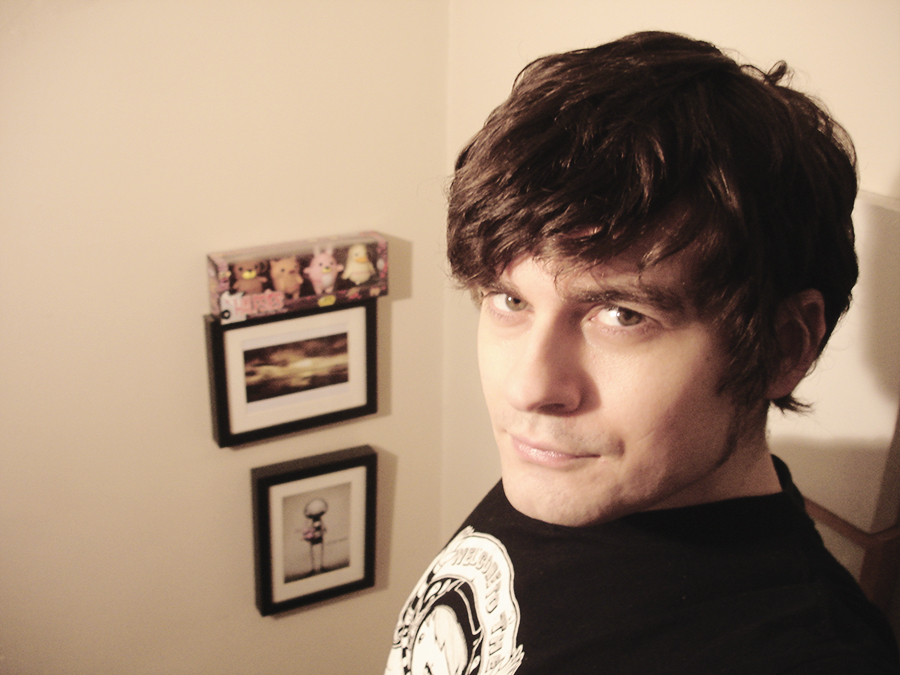 My cat insists that every tin I open is going to contain lots of lovely fish. Despite many years, and countless disappointments, his optimism has got to be admired; and, more often than not, rewarded with consolation snogs. 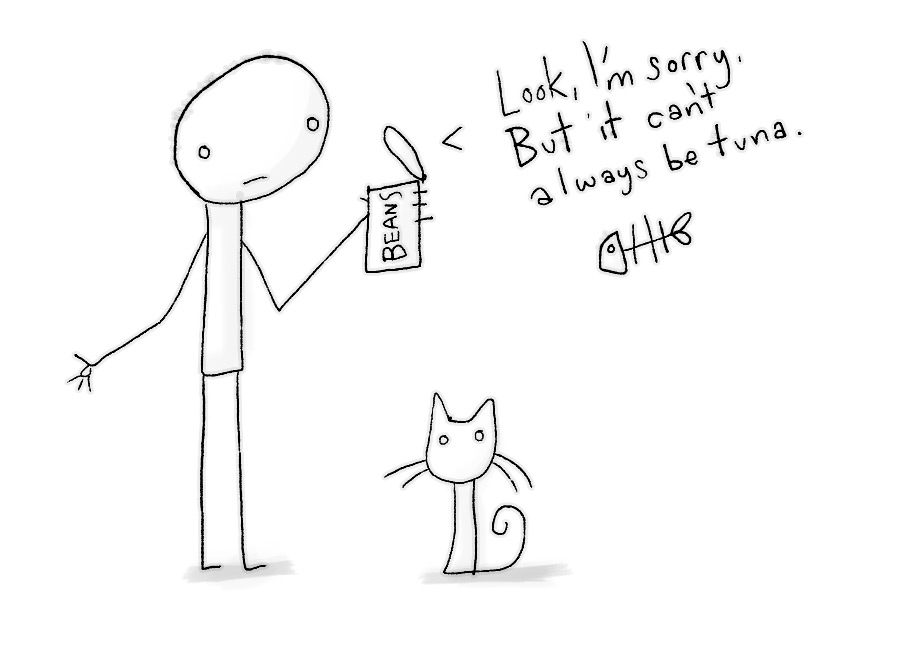 For some unknown reason I remembered that I like Rainbow Drops. I wasn't sure if they made them anymore, but was delighted to find that it was so. So delighted in fact that, instead of buying one packet, I bought three boxes. They remain the sugar-laced migraine fuel that I loved as a child! 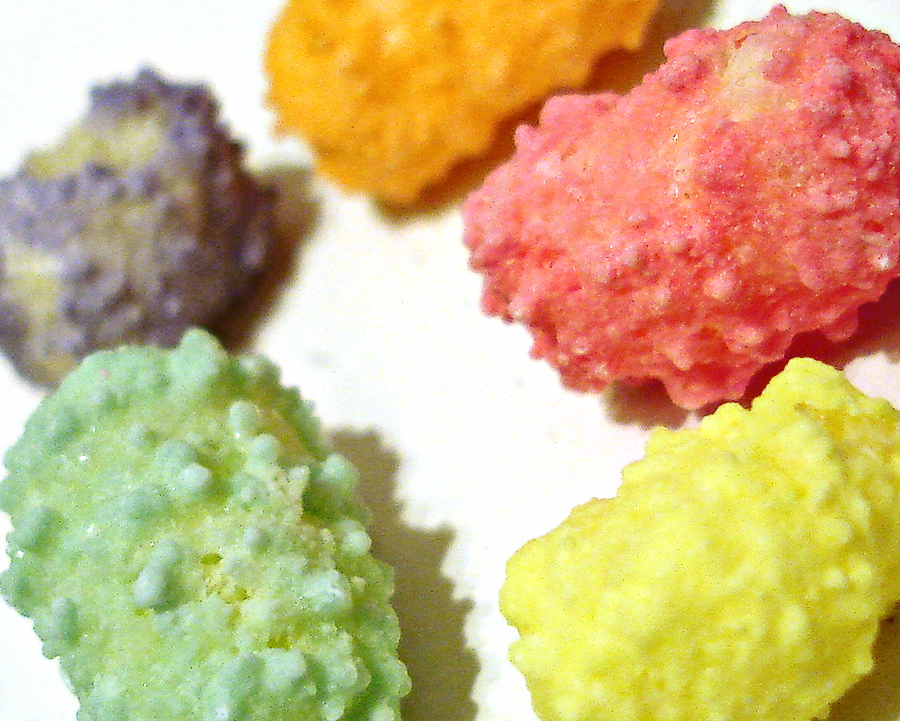 Something I distinctly do not love, however, is the ASDA vegetarian range. Admittedly the 'Chili with Rice' is a reasonable offering. Alas, the bugbear of the range has to be the lasagne. Claiming to be 'green and healthy' and 'vegetarian friendly', the hideous slop contains 89% of an adult males' saturated fat requirement for an entire day. In one disgusting, viscous slab. 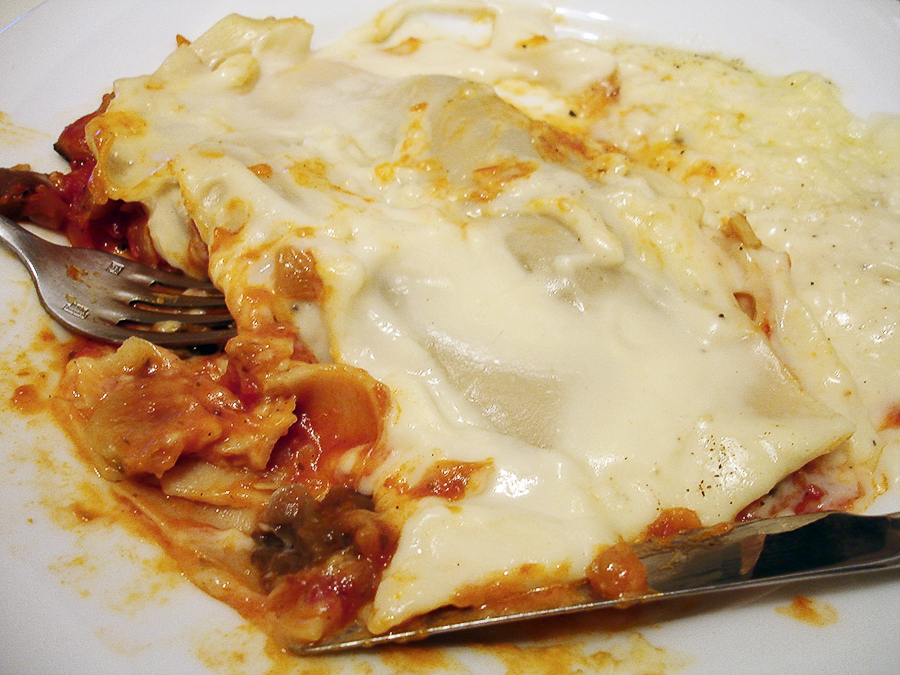 When I returned the meal (well, the packaging of said meal) to make use of the 'try me, love me' refund policy I was asked to fill in a brief form to help them create better products. When asked why I'd returned the food I answered that it 'made my heart sad'. Although perplexed, the cashier was happy to refund me in full and provide a replacement meal. Okay, that's good customer service for you, but it remains a terrible waste of food.

Speaking of food. I've not had one single craving to eat flesh. It's amazing how quickly my body has adapted to my none meat-eating ways. It's also amazing how much better I feel. And also how less guilty. 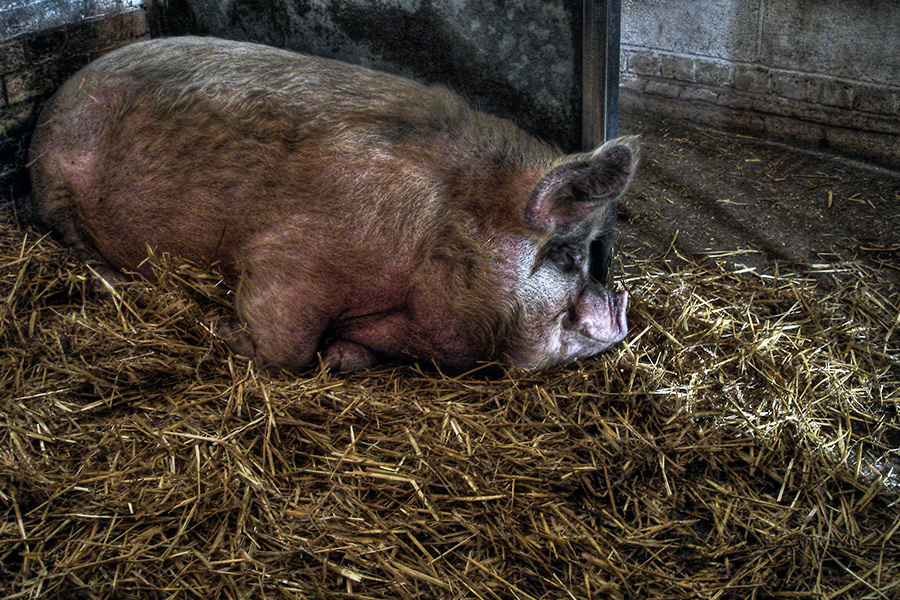 Hello, pig. I'm sorry that I ate your family. I was in a bad place at the time. I'd being doing a lot of drugs and I... I really can't expect you to understand. But I'd like you to know that I'm sorry.

Okay, enough from me. I'm going to watch the end of 'I Am Legend'. I read the book last week and now I'm doing the unforgivable by watching the 'movie version'. I know. I know. It'll all end badly. But what can you do?
Collapse