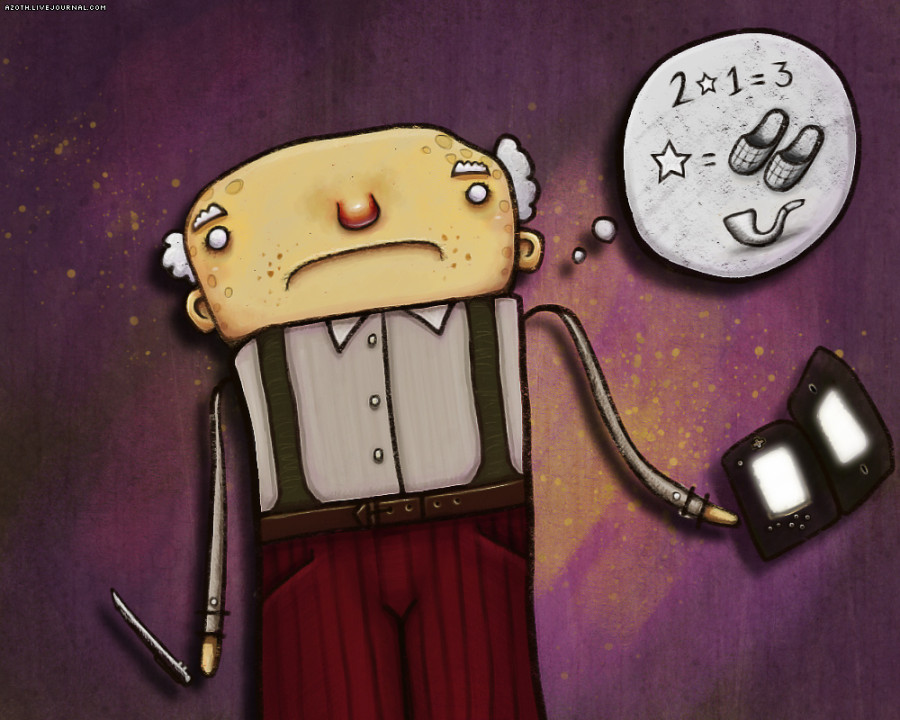 Sadly, I don't have any living grandparents to test the theory, but I'm almost one hundred percent certain that, if they were still alive, the very last thing they'd want for Christmas this year is Brain Training. For reals!

I dug out my DSi again last night and was 'awesomed' to find that we [Europe] finally got a version of Flipnote! I spent ages making totally grown-up and non-obscene cell animations; for my own amusement. Also, one critical update later and I noticed that I could upload photos directly to FaceFook... and this happened. Which we should probably never speak of again.

Okay, I'm going back to poke some pixels. So many things to do and so little time. Have you people seen the latest Wacom 'Dreams' do-dat over at DeviantArt? I think I'll start work on that later. I've already spent my life savings on an Intuos4 [best thing ever!], but the other prizes are pretty amazing, and make it well worth a shot. That's if I ever get this piece finished. Anyways, If you don't see me for a while then send help. Or cake.
Collapse