Today is the official release day of Might and Magic X - Legacy! Exciting! Right? Well, not so much. Take a gander at these rad graphics: 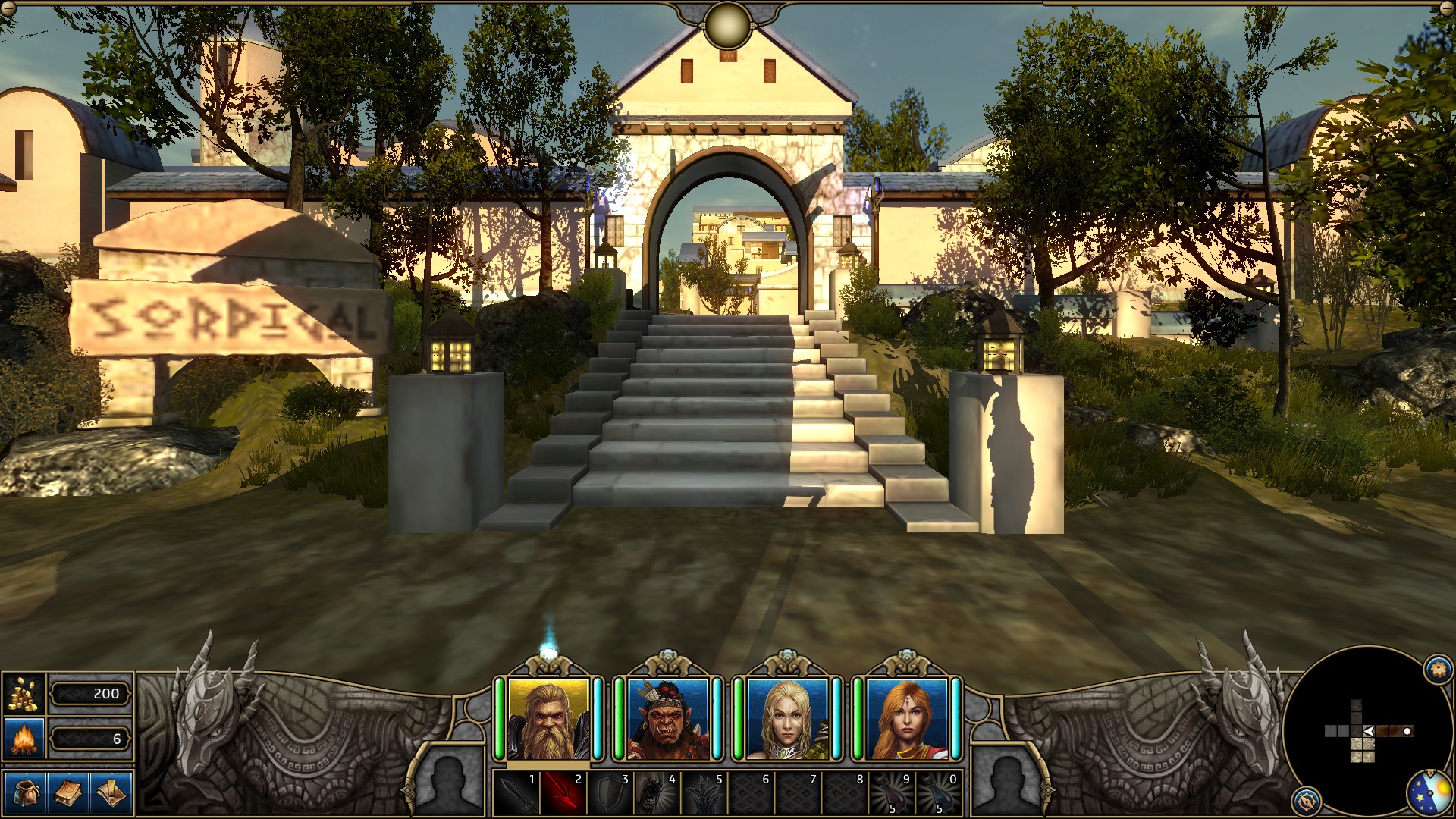 These are the actual, out of the box, graphics running on ultra. Fucking ULTRA! Sure, the user interface is looking pretty polished and professional, but the actual game field is shocking! You can taste the individual pixels! And not in a cool, Minecraft kind of way.

Still, we're enlightened beings. We know that cool graphics don't necessarily make a cool game. Especially those of us who actually know what this, and how long it took to bloody well load:

So, yeah, I can be seriously forgiving when it comes to game visuals; as long as there's some meaty gameplay to back it up. However, having played Might and Magic X - Legacy from day one of the early access I have to say that it's heavily lacking in the meat department.

Essentially it's very reliant on that old staple of low content games: there and back again.

Throw in bugs, Uplay, ridiculously quick day to night cycles and a menu system that isn't finished and you've got a game that is still very alpha. And don't even get me started on the annoying voice actors and the teeth grating 'ambient sounds'.

In short, even die hard fans are going to be disappointed. I certainly was.


Edit: Oh, and I see that they didn't bother fixing the audio glitch on game close. This leaves many players with a looping micro stutter that can only be fixed by a full restart. Honestly, what what the point of running an early access if they weren't going to change anything?

Don't waste your money on this game, buy Wizardy 6 instead.
Collapse