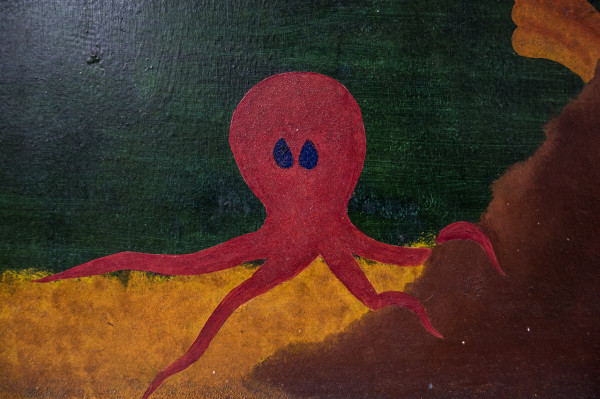 It's not exactly what most people would consider laughter, but watching his face crease up and hearing the faint rasp of air against the tracheostomy is weirdly satisfying.

He was attempting to spell something out to me, and was getting really frustrated. He kept pointing down with his eyes as though it were something in the room, and something painfully obvious. To me, however, it was quite the opposite.

"Look," I said, "I know you're pointing to something, but there's a lot of shit in this room and I'm not Uri Geller!"